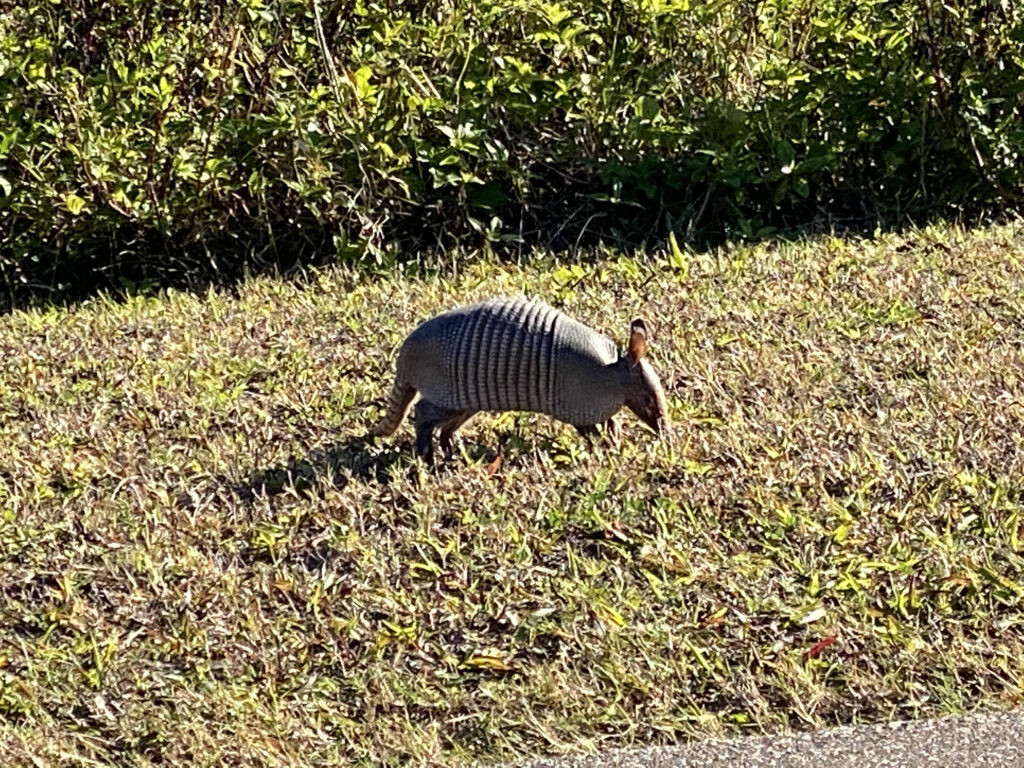 When I returned to Florida, after years of absence, I noticed one particularly abundant member of the animal kingdom missing.

Have you ever encountered this clawed, armored wonder?

You would know if you did.

It has a long, thin snout to ferret out bugs, a “shell” or bony plates to protect it from predators, and long sharp claws.

The Nine-banded or Long-nosed Armadillo is the only one living in the U. S.

They come from the mammalian order Cingulata, and the magnaorder of Xenarthra, which also includes anteaters and sloths.

I’ve happened upon them three times in the last few months. They are thriving in smaller numbers today.

They are busy creatures, always seeming to dig in the grass and dirt for grubs.

Digging far too closely to roads and highways, and that is the reason for their decline.

On a recent walk in a preserve I came face to face with this delightful animal.

We both kept our distance, but in the video you may see that it approached me and then diverted its course. Just as well for both of us.

Please be careful especially at night on the roads.

In Florida armadillos, raccoons, turtles, deer, alligators, snakes and others do happen across the roads for food and shelter, and for this reason it is far too often we see their poor corpses on the roads.

Who’s Your Dada?:   poetry in the Dada style.

Life is So…Life: poetry on the absurdity & humour in life.